Formerly known as Rangoon, Yangon is a historical city and one of the most well-known cities in the country. Yangon was Myanmar’s administrative capital before Nay Pyi Taw was named as the capital city. Yangon is the country’s most prominent commercial centre as well as the largest city of the country with a population of more than 7 million people.

The name ‘Yangon’ is a combination of the Burmese words ‘Yan’ meaning ‘enemies’ and ‘Koun’ meaning ‘run out of’. The combination of words commonly translates as ‘End of Strife’. During the colonial era, Yangon was called ‘Rangoon’. Till the mid-1990s, Yangon mostly had a traditional setting. As people started moving in, a necessity to expand the area of the city was felt. The city grew rapidly towards the north where the Yangon International Airport is located now. Bustling and exciting, a visit to the city will take you to colonial structures prominently dotting the landscape in downtown Yangon. However, the architecture of the northern part is more modern. Yangon is also the country’s hub for film, music, newspaper, advertising and book publishing industries.

There are a variety of things to see for tourists – from beautiful colonial-era buildings in Southeast Asia to bustling markets and beautiful pagodas. Take a walk down historic lanes, explore the local life, speak to the locals, taste the amazing street food – Yangon offers the best of Myanmar to you. Visitors to the country often spend their nights on 19th Street – the centre of barbecued meats and delicious local beer.

Yangon has a rich history behind it which dates back to the 11th century when the Mons who lived in Lower Burma the city and named it Dagon. It was a small fishing village centred around the Shwedagon Pagoda. When King Alaungpaya took over Dagon in 1755, he changed the name to Yangon. The British conquered Yangon after the First Anglo-Burmese War (1824-1826) but returned Yangon back to Burmese administration as the war ended. They seized Yangon and lower Burma moved to after the Second Anglo-Burmese War in 1852. Yangon was the epicentre of Myanmar’s struggle for independence. When Myanmar gained independence in 1948, Yangon was made the capital of the country. Yangon is a multi-faceted city with a lot to explore. We strongly suggest keeping some time in enjoy the beauty of this historic city. Visit the gardens, wildlife parks, lakes filled with various flora and fauna, colonial-era buildings and much more when you are here. Yangon is famous for its colonial-era buildings which are best explored by foot or on trishaws. Yangon has some of the most beautiful churches in the country which you cannot miss.

Yangon also houses some of the most famous pagodas of the country. In fact, you will find one pagoda in almost every corner of the city. Myanmar’s most sacred and popular pagoda, Shwedagon Pagoda is located here and is a must visit in any itinerary of Yangon. Be mesmerised by this landmark and also spend some time immersed in the peaceful culture of the pagoda. Yangon also has a number of museums and historical sites where you can witness traditional artefacts and understand the rich culture of Myanmar. 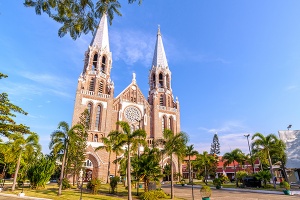 Be intrigued by the natural attractions of Yangon. Visit People’s Square and People’s Park, Zoological Garden, Kandawgyi Garden and Lake, Innya Lake and Hlawga Wildlife Park to enjoy the pristine nature while remaining in and around a bustling city. Yangon is famous for buildings and churches exposing the best of colonial architecture. These buildings are well-maintained to ensure that we preserve our history. Explore these historic buildings while exploring the rich cultural heritage of the city. A visit to Yangon is incomplete without visiting this pagoda. Adorned with gold plates and enriched with a diamond encrusted stupa, the pagoda shines under the sun, creating a stunning view that you’ll remember for the rest of your life. Discover the rich ancient history of Yangon as well as the country when you visit the wide-variety of museums located in Yangon. You can take the help of local guides to know the scintillating stories regarding the historical sites.

Getting Around In Yangon
By Regina Sharpe Yangon, the largest city in Myanmar, offers a bouquet of things to explore. As a visitor, expect… A Ride Into Every Day Yangon Life
Riding the rails in cities around the world can be extremely exciting. The train station, the ticket inspectors, the announcements…